Written by Yvonne Raley
Filed under
bubblegum pink, burma spinel, ceylon spinel, faceted round, mahenge, neon pink, pear shape, portuguese cut, red spinel, spinel
Previous / Next
As you have probably noticed, I put nearly a half a dozen Mahenge spinels on my site in the last 2-3 weeks, and almost all of them sold.  What is going on?
Apparently the market on spinels is extremely tight right now.  While there is almost no interest in the Ceylon variety – mostly because they have grey mask, Mahenges but also Burmese reds are flying out the door.  The famous neon spinels are produced only in one location around the world (Mahenge, Tanzania), and Burmese reds, especially the slightly larger ones with open color, are also hard to find.  In general, gemstones that have pure and bright colors are more popular.  They simply catch all the attention, even in the smaller size.  I have earrings that use 3.5mm spinels as a connector gem, with chrysoberyls on the bottom.  Still, everyone asks about the little pink stones.  This would never happen if the gems were garnets.  So the market gets tight when supply and demand are no longer in sync.  Prices jump up, and right now they are jumping on a faster than quarterly basis.  Production of Mahenges is steady but not huge, and demand keeps outpacing supply.
So what makes a top quality Mahenge or Burmese spinel?  Both are judged primarily by intensity in color.  Burmese spinels should be bright, stop sign or fire engine red.  Many Burmese gems have an orange modifier but that is much less desirable.  Definitely they should not look like garnet.  They should be more pink than pyrope garnet but less purple than rhodolite.  The red of a top quality Burmese spinel is extremely pure, and it radiates out. 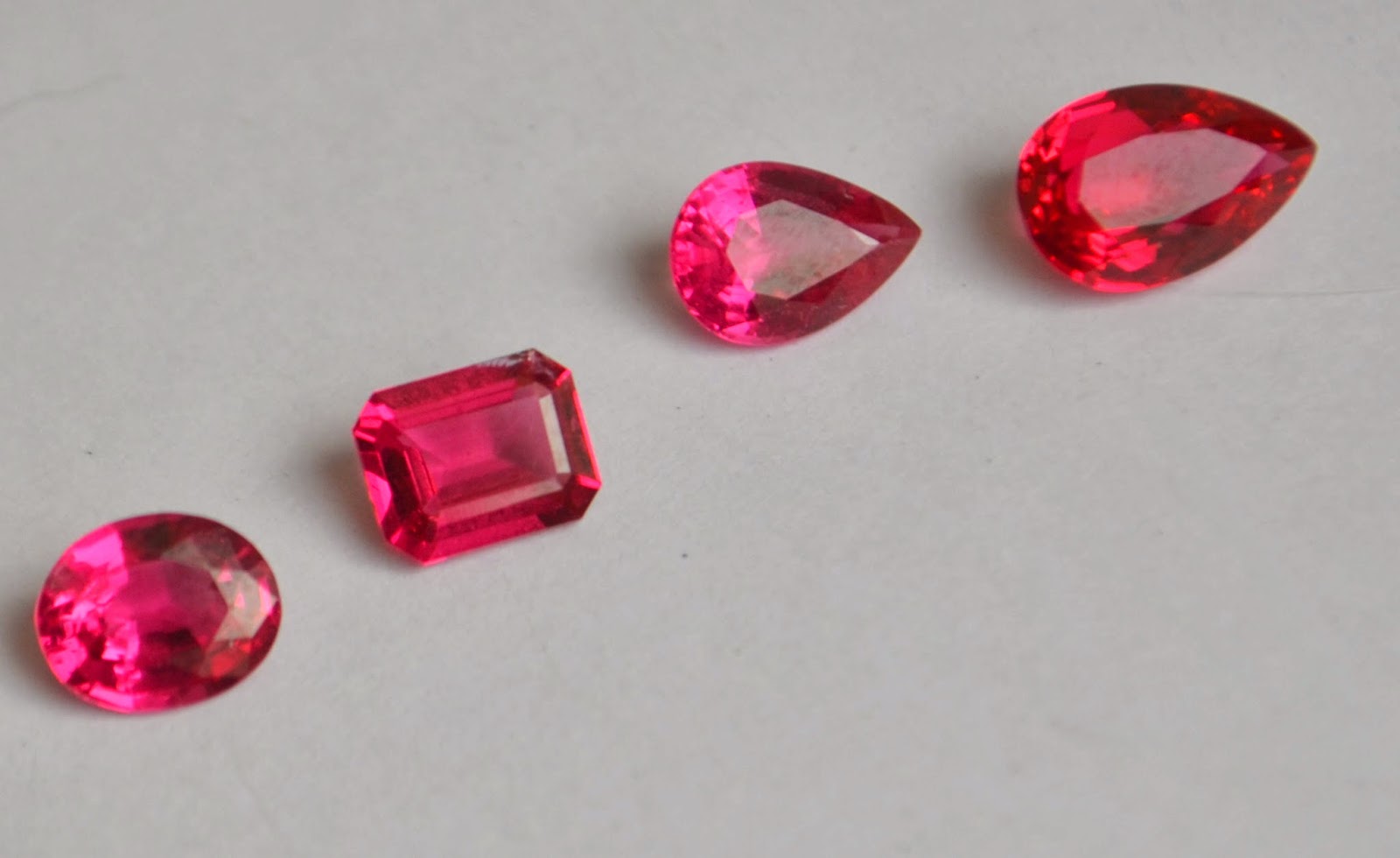 Mahenge spinels, the top color anyway, are neon pink.  Not baby pink, not orangy or rosy pink.  But straight bubblegum super strongly saturated neon.  The ones with the orange modifier are next, they can look peachy, almost like an intense padparadscha sapphire.  They would definitely rank above orangy looking Burmese stones, which end up looking less peach but more orange.  Washed out Mahenges are still expensive, but not generally of collector’s interest.
Cutting for Mahenges should be top of the line, because that’s what most stones entering the U.S. are like.  For Burmese material, you will sometimes have to resort to native cuts, or older cuts.  Many are step cut, not brilliant or Portuguese.
Clarity should be judged the same.  A spinel should be clean or have only extremely minor imperfections. If it isn’t, it’s better to buy a cabochon.