Written by Yvonne Raley
Filed under
danburite, faceted oval, faceted round, gemstone, gemstone mine, jochen hinze, morogoro, tanzania, untreated gemstone
Previous / Next
I love unusual gemstones, as you know, and if my gemstone dealer has anything of interest, no matter how tiny the production, he usually shows me first.  So you can imagine my surprise when he had me guess what the three teaspoons of clean yellow material were that he pulled out of a little plastic bag a couple of weeks ago.  I know Danburite to be clear or faint vanilla color but had never seen this type of color before.
Danburite was actually first discovered in the Danbury, CT, right here in the United States, in 1839.  It is also sometimes found in Mexico, Myanmar, and Madagascar, but production is very limited.  Danburite is a fairly hard crystal, about 7-7.5 on the Moh’s scale, and it does not require treatment. 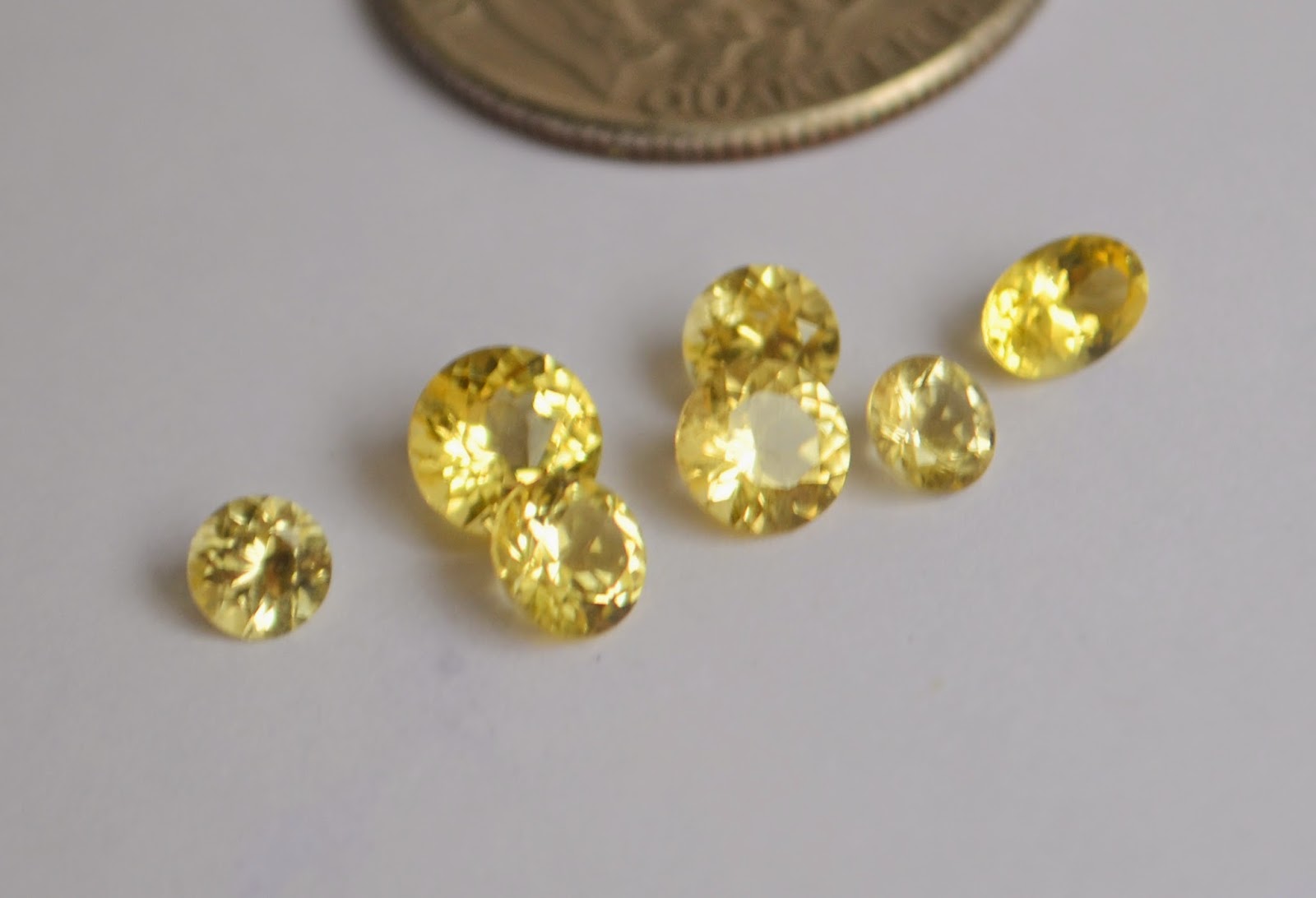 The strongly saturated yellow pieces that my gemstone dealer unearthed are from the Morogoro mines in Tanzania.  It was first found approximately 10 years ago, or maybe a little further back – the story gets murky at that point.  My geologist friend Jochen Hintze, who travels to Tanzania several times a year, first saw the crystals in 2004, when they were offered to him as yellow apatite.  The hardness of the stones revealed however that they weren’t apatite, so he set out to investigate.  It took Jochen 3 more years to determine the actual origin of the stones.  In 2007, when he was in his office in Aruja, Tanzania, waiting for brokers to arrive with new materials, someone offered him 50 kilos of the yellow crystal (most of which was not facet grade).  He was told the material came from Morogoro.
So Jochen set out to travel to Morogoro with the broker who had offered him the rough.  Most mining areas, naturally, are not located in the cities, but further out in the bush area, so any car will only go so far.  The last few miles of the trip, therefore, took them on a narrow foot path through the bush.  After some travel they arrived at a clearing the locals called “Munaraima” where about 15 men dug away at rocks with hammers and other basic equipment.  According to the miners, production was about 200-300 kg per month but the facet grade materials were rarely larger than what fits into the palm of the hand.  A few of the rocks also had a cat’s eye effect.  Jochen bought a fairly large piece but had to turn back quickly because at the time of his visit, the mine had not yet been reported to government officials in Tanzania.


Since then, the mine is in production only off and on, depending on availability of tools and dynamite.  It is not likely that the production will ever be large, and due to political unrest and disagreements among locals, it is often the case that a mine simply ceases operation even if material is still available, only to start up again a few years down the road.