Written by Yvonne Raley
Filed under
2 carats, 3 carats, emerald cut, mahenge, oval, portuguese cut, spinel, tanzania, trillion
Previous / Next
I've decided to do another blog entry on Mahenges not only because I am totally obsessed with them but also because I recently got to pick a small batch from a 2009 parcel that my supplier's uncle released from his vault.  The rest of the parcel went overseas but I got some neat stuff.  I'll be listing my pretties piece by piece for the upcoming holiday season.
As you may or may not know, Mahenge spinel, which is only mined in one place in the world (Mahenge, Tanzania) has steadily declined in production in the last year or two.  Estimates range from a decrease between 50 and 75%.  At the same time, demand for this pretty neon-colored gem has increased.  I think it must be the color.  When I wear my Mahenge ring around, people who know nothing about gems comment on it and "want one" - until they find out the price! 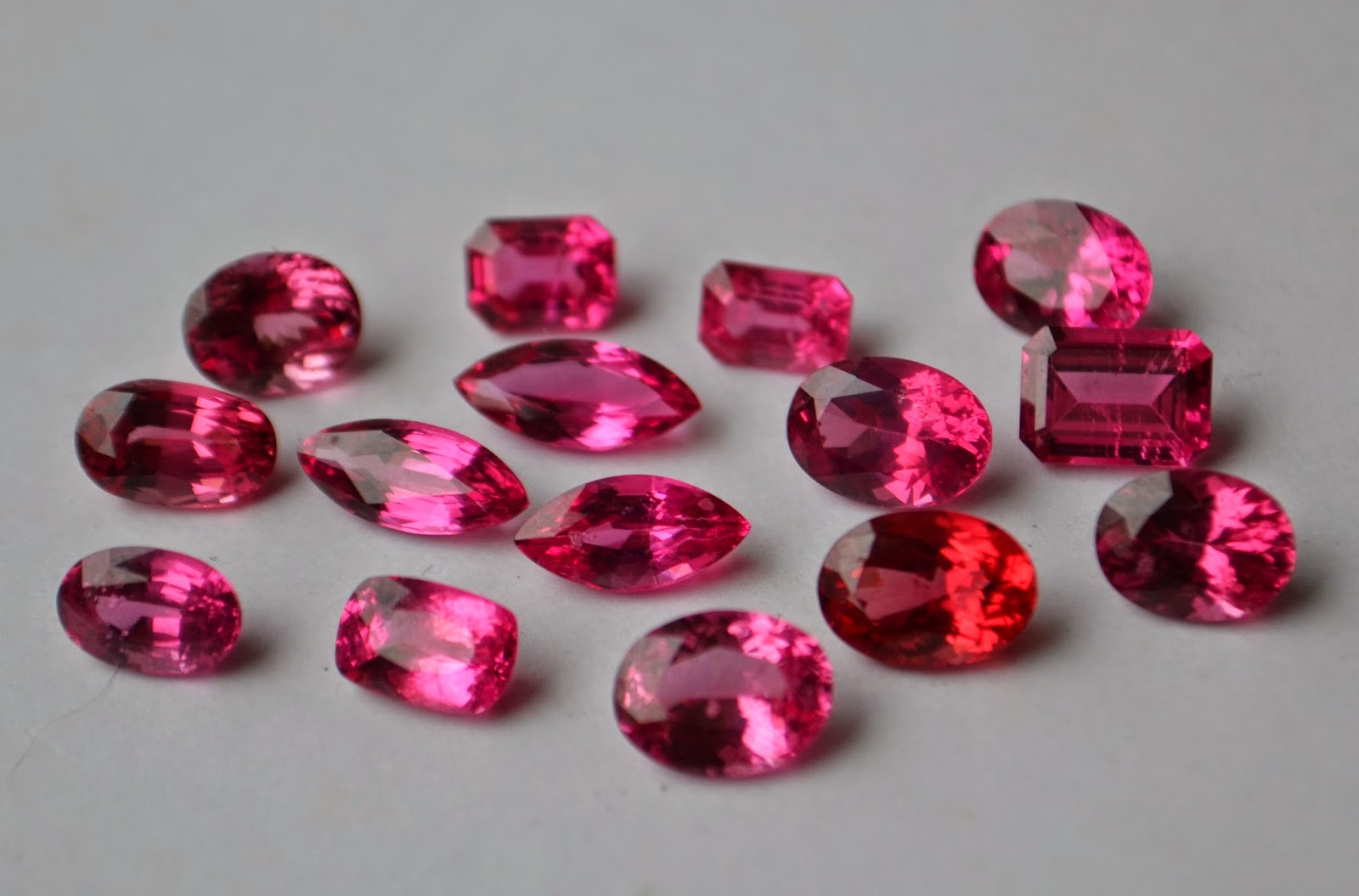 Prices for Mahenges, in fact, have just about quadrupled since I've started buying them 4 years ago.  And if supply stays low, then this isn't going to change anytime soon.  Even Mahenge cabochons now cost more than ever, and cabochon grade rough is often being faceted.
So what should you expect and look for if you, too, have been infected with Mahenge fever?  Other than high prices that is?  In terms of size, restrain yourself.  The 1-2 carat range is still reasonably good in supply, but anything above 2 carats is tough to come by.  Prices in the 1-2 carat range are between $1200 and $2400 per carat depending on where you go.  Prices in the 2-3 carat range are more than twice that.  Above 3 carats?  Depends.  You'd be lucky to find anything at all. 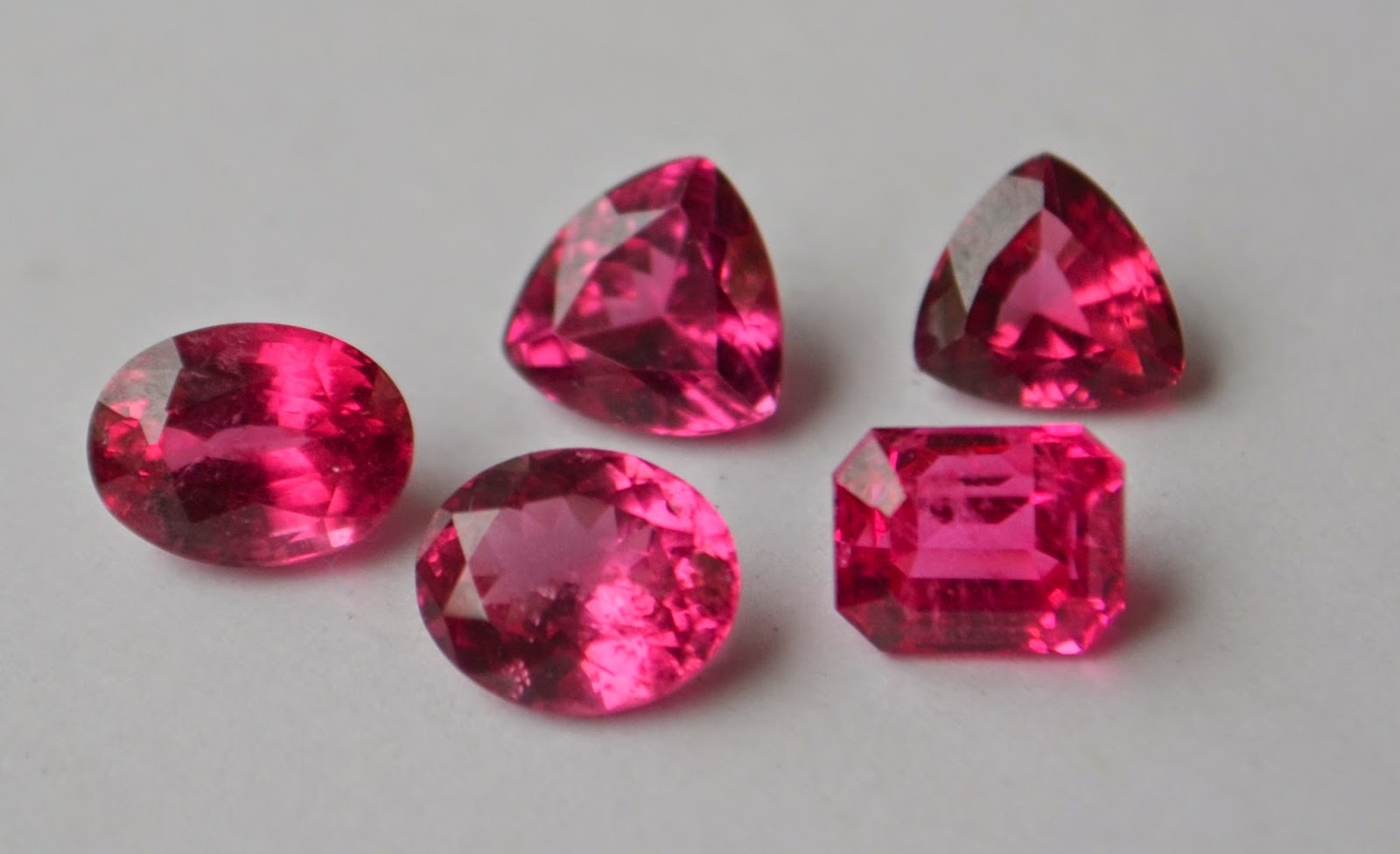 Last July, a young couple approached me that wanted to have a Mahenge for an engagement stone.  3-4 carats it was supposed to be, and flawless.  I took them straight to my supplier's office to pick their own stone (they lived locally and my attempts to memo out what they were looking for failed - nothing was perfect enough).  They sifted through several hundred gems and found not even 10 that had the required size.  None were free from inclusions.  None were perfect.  Nothing suited them in America's largest collection of Mahenge spinels.  Clearly, their expectations were just too high (I still read about their quest periodically on Price Scope, and they say they have been looking for quite some time).
Long story short, inclusions are to be expected in that size and in smaller stones as well (one carat and above, say).  Also, sometimes the cutter maximizes the rough to get better yield, and so you might find a natural in the girdle or a back facet.  That's where the material simply ended and the experienced cutter made the most of it.  These things are not of grave concern and do not affect value or durability.  Only when the gem's appearance and inner glow is diminished should you hesitate.  Because they have such intense color, Mahenges mask their inclusions well, so you can let yourself be guided by your instincts.  Do you keep "seeing" the inclusion?  Is it visible to the naked eye?  Will it be visible after the stone is set?
Another factor that I think you need to be flexible on is cutting.  I don't mean window.  Window is no good.  But some tilt window is to be expected and not all gems will be Portuguese or otherwise precision cut.  Recuts are only recommended if the carat weight can be preserved (so a 2+ carat stone should stay above 2 carats).  I don't mean the cut should be ugly.  On the other hand, you may get a great Mahenge that is not master cut and you may want to keep it that way.  The main thing, in my view, is that the gem faces up well and catches attention. 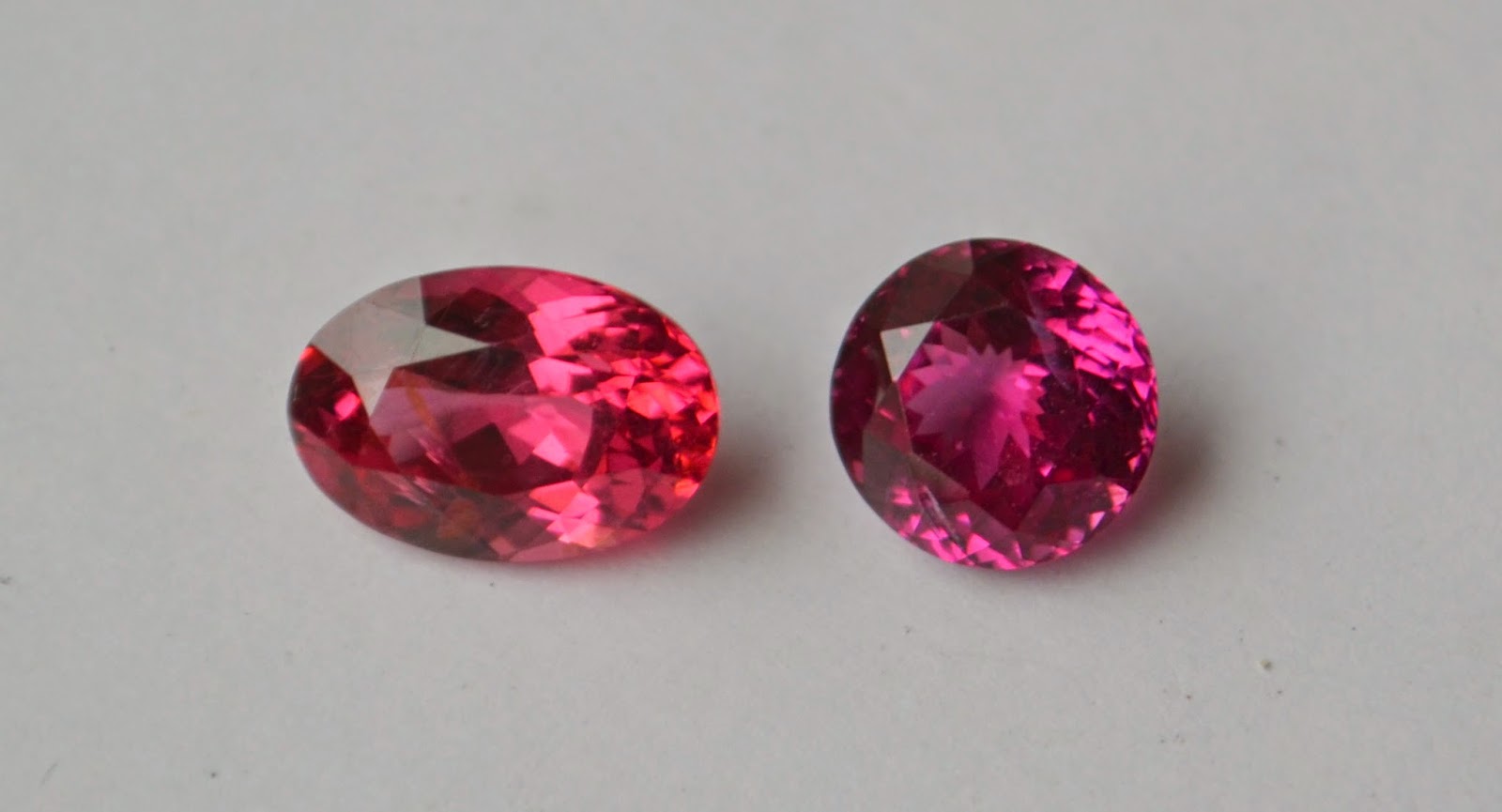 That said, there are two characteristics of Mahenges that you should stay away from.  One is washed out color.  A valuable Mahenge should be neon.  The most desirable is the straight neon pink.  But equally expensive is a reddish or peachy color.  The important factor is simply that the gem should be saturated , open colored and lively.  Because Mahenges are somewhat ligher stones (compared, say, to darker Tsavorites) you should not see much extinction, if any.
The second characteristic that I discourage is cloudiness.  I've seen many (many many), literally thousands of Mahenges at this point.  And sometimes they are cloudy - or sort of "dead" looking.  I spot it right away now but in the beginning I didn't always see it.  You need to look at some gems to get experience of this, but in the long run, that's worth it because cloudiness tends to bother people.  In the larger sizes, cloudy gems still tend to be expensive, and if the stone is extremely strong colored, it can sometimes be a tiny bit cloudy.  But more than that is no good.  The crisper the better.   With a hint of velvet maybe.  Not more than that.